In case you couldn’t tell- I’m a huge fan of classic RPGs. I’m a little partial to Turn-Based, but I enjoy a good action entry as well. Given that most choices stem down to third-person button mashers or western sandbox, I’m always interested when I see a studio shaking things up. Taking familiar gameplay and structure, but bending it just enough to make something new and creative. Well, today- I think I have a game you should be keeping your eye on.
CrossCode is an action RPG, blending the classic style of turn-based retro style with the fast-paced combat of modern action games. The game was released in May of last year onto Steam Early Access, but they’re still going strong with updates. According to a press release, this new patch was released last week, and has given the game a “massive story update,” which adds “hours of new gameplay.” CrossCode has received positive reviews from its time in Early Access, and Radical Fish says they have listened to the fans on what they wanted. 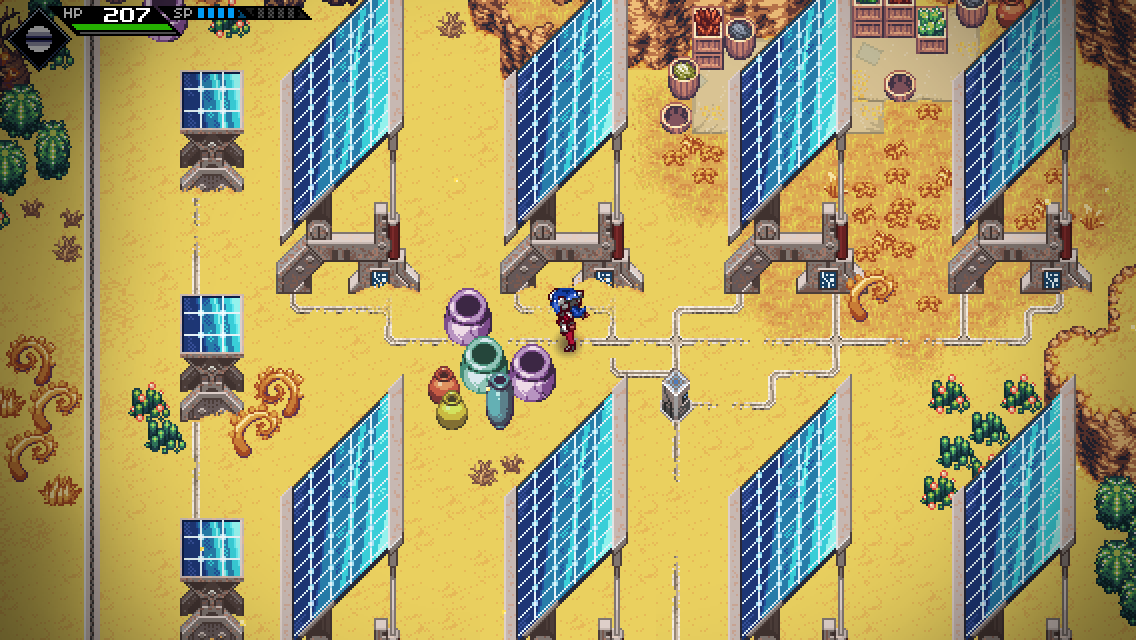 In this new update, the lands of Maroon Valley, Faj’ron Temple and Ba’kii Kum now have new unique storylines, additional quests, and more conversations to take in. It also features new portraits and character graphics, which according to the Steam page offers “a new polished style.” The game has also introduced a ‘Trader Book,’ after many fans requested the ability to track traders in the world. Well- that’s one over Bethesda! Yes, I’m still sour that it took me hours to find Valentine after he went missing, but I digress for the sake of this article.
CrossCode is set on a futuristic planet and is about a young video game player named Lea. She’s a hardcore fan of the fantasy world known as ‘CrossWorlds,’ an MMO similar to World of Warcraft. Sadly, it’s the only thing that gives her a voice since she lost her memory under mysterious circumstances. Visiting the world’s locations, she regains a little more of her lost identity every time she logs in.

Well, this looks like it’s shaping up to be a pretty substantial game. They’re already revealing information about update 0.8, which according to their Steam page will feature a “Jungle area,” and that we can “expect a buckload of content once it’s done!” If you want to get into the Early Access, you can check it out now for $19.99. For the best indie news on the net, make sure you keep logging into Mouse N Joypad.