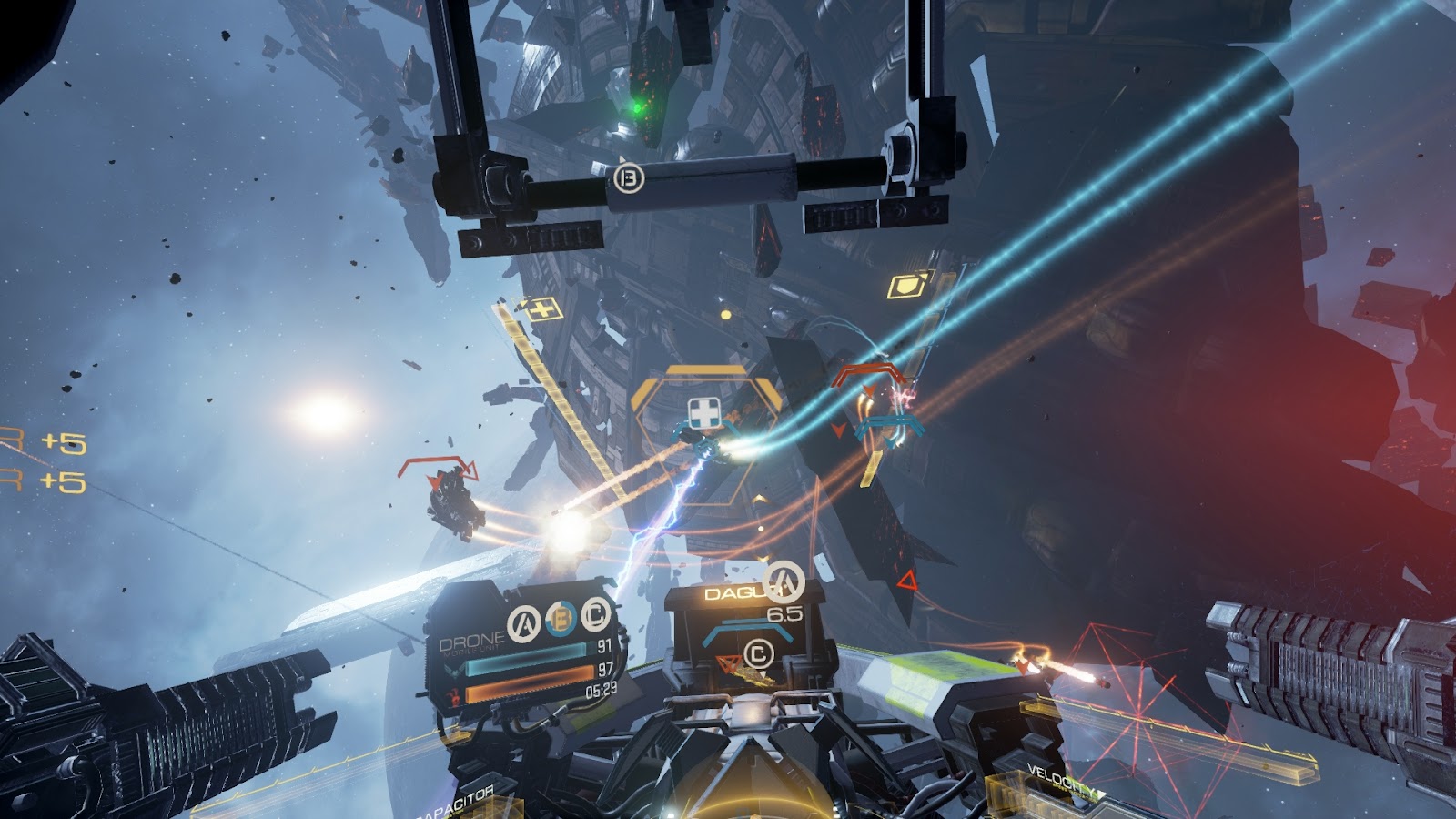 Dogfighting in space is the coolest thing ever! Well, not when it’s being run by Michael Vick; I mean ships. Streaks of exhaust filling a small void, as cruisers fly between floating debris and laser bolts being shot at them. It usually comes down to one of the pilots getting the advantage, lining up their crosshairs, and waiting for the sweet sound of a lock-on. Those pooches have no idea what hit them. Sadly, there is no VR dog-in-space dogfighting game, but the next best thing may be Eve: Valkyrie. Today, they received a new update from the developers at CCP.
This new update features a brand new ‘Carrier Assault’ multiplayer game, single-player missions, additional pilots, a ‘Boost Gate’ feature and the new ‘Crossroads’ map. Carrier Assault is a three-stage objective-based operation, where players are now able to attack enemy carriers, which had previously been “off limits” according to a press release. Now they’re saying in that same release that player will “have the opportunity to get up close and personal, battering down the enemy carrier’s defences and carve out a path to deliver the killer blow and put it out of action in an explosive finale.” Sounds a bit Death Starry if you ask me. Of course, if you would rather go Solo (see what I did there?), you could partake in the new offline missions such as Echoes, Salvage and Survival. 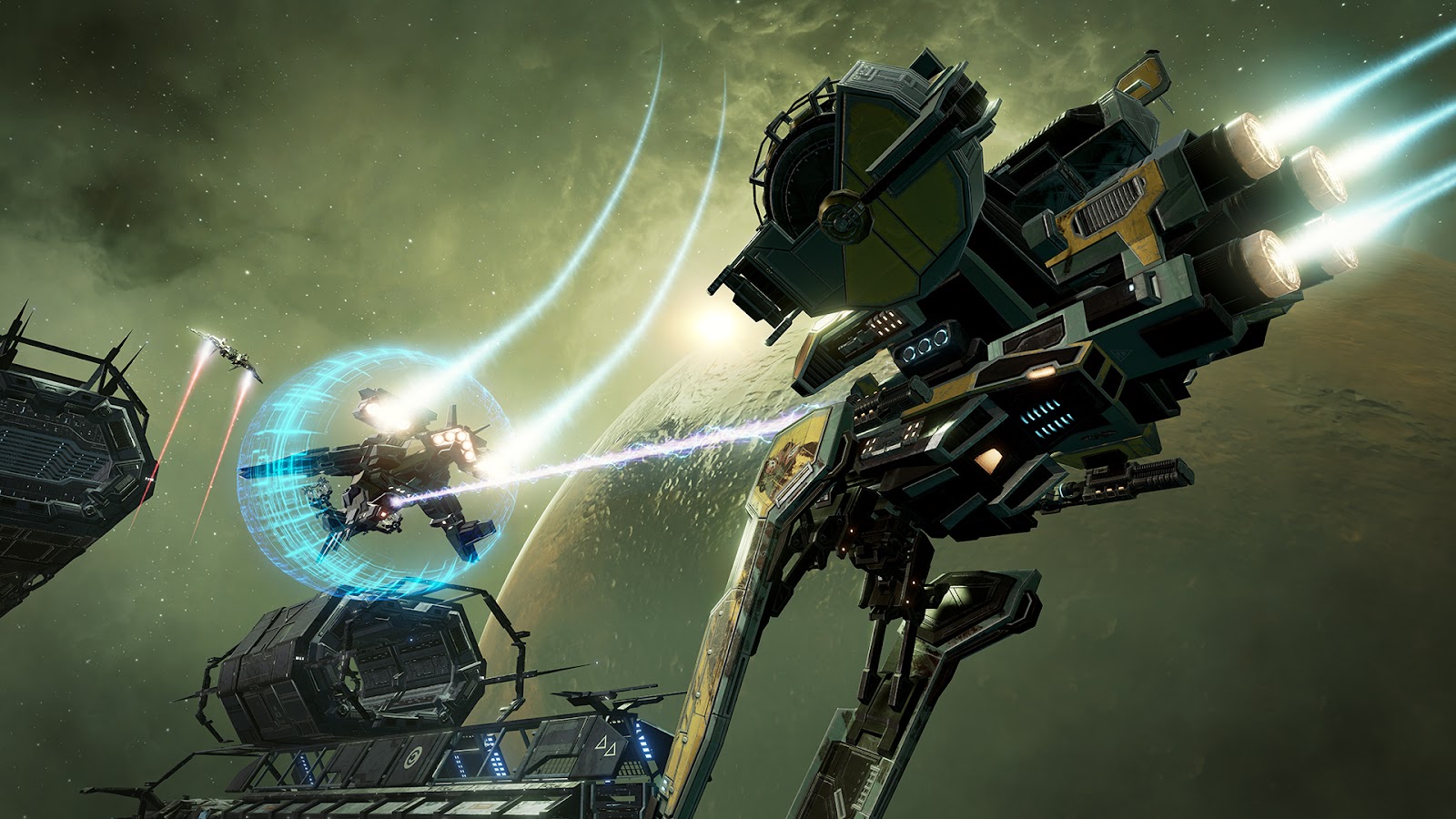 The other additions include new Boost gates that add quick bursts of speed and a whole new aspect to combat tactics. There’s also bonuses given to every player, regardless of the outcome, giving players additional experience for seeing matches through to the end. The developers have also been rebalanced based on feedback from the community.
Valkyrie builds on the EVE Online MMORPG world, but focusing on ship battles and utilising VR capabilities. The game, which was launched back in March, has received mixed reviews since it’s debut. It’s currently rated with a 64 on Metacritic, but has an even lower score with users, coming in at 4.2. Destructoid called the game “addicting and easy to pick up,” while Game Informer called it “woefully underdeveloped.”
Valkyrie was initially released as a pre-order bonus with Oculus Rift, but there are plans to bring the game to HTC Vive, Playstation VR and Windows PC. According to a press release, the developers plan on keeping the game fresh by adding “additional free content,” and “will be made available to all owners throughout the game’s lifetime.” For more VR gaming news, or if you just enjoy the image of canine aerial battles, make sure you keep reading Mouse N Joypad. 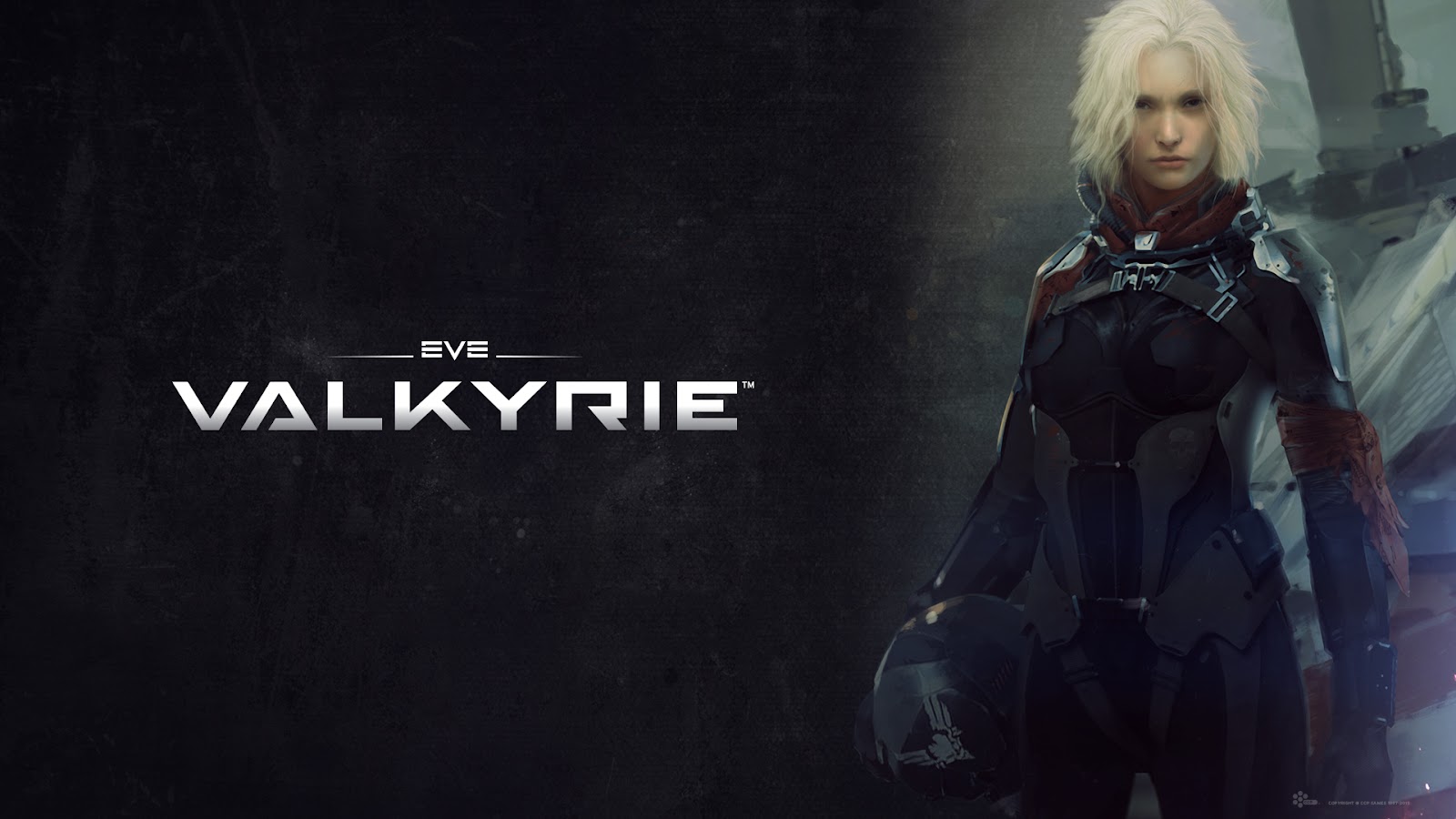