The Guest is a great experience that ends far too quickly and in the most predictable way. The puzzles are some of the best I’ve played in recent years, and did provide me with a bit of a challenge, but never to the point where I needed to seek out clues or answers. The visuals and audio mixing are very impressive for a small production team and helps add to the creepy nature of the game. The game’s amateurish voice over and storyline does nothing to improve the experience and ends up harming the game in the long run. I would recommend this to any fan of noodle-scratchers, but you may want to wait for a sale.

WHAT WE LIKED
º Puzzles in the game are well thought out and will lead to frustration followed by pride.
º The game’s visuals are phenomenal for the genre, with some top-notch lighting.
º Atmospheric music and sound effects create an edgy and uneasy environment.
WHAT WE DISLIKED
º The storyline is very predictable and extremely pompous, bringing everything down.
º Sadly the game is very short, and would’ve been better with more of almost everything.
º Except the voice acting, which in some moments is hysterical- breaking the mood.

Waking up in the 1980’s in a Massachusetts hotel suite, The Guest puts you in a situation where you’re left to put the pieces together on your own. After I had strumbled around the bedroom, locked in without a clue on how to leave, I found papers filling me in on who I was. It would seem that I was a doctor from Russia, here for a conference and holding up until the first day. As I explored the room, I found articles about a missing woman from Siberia, who wrote a book called “Mankind Analysis.” I soon found my pills- or at least, my pill bottle- and discovered that I truly need them when I begin seeing things.

The Guest does an excellent job of setting the scene- and I felt genuinely interested in what was going on in the story. As I began taking in the game’s narrative, it compelled me to push onwards towards all the answers I was seeking. Who was Irene Seydoux, and why did she turn up missing? Why did this hotel have comforting and folksy material for me to read, but cold and mysterious forms from some scientific organization as well? Why can’t I come and go as I please?
I’m sure you can guess what the twist is- and I’m confident in your deciphering skills to trust that you know. Yes, it’s the story is as predictable as Shyamalan’s The Village. Sadly, the game banks on this idea, and it leaves the whole experience a little hackneyed and predictable. The way they approach the ending is interesting and engaging, but when you can see the twist coming from a mile away, it hinders the overall experience. Also, having beaten the game, the ending is some pseudo-religious nonsense that desperately tries to be Orwellian, but ends up coming across as a pretentious freshman’s first draft.

Of course, having a strong story is an awesome way to make the puzzles more engaging, but these puzzles do an excellent job helping motivate you to continue by themselves. While the first few seem gimmicky, I promise they are just there to warm you up. The challenges ahead are an excellent balance of situational, visual, cryptological and auditorial, each puzzle amping up the difficulty with each successful solution. While there’s not many, the ones that are here will test your ability to decode with ciphers, problem solve with items from around the suite and seek out subtle clues from around the rooms. Some genuinely had me so confused, until I got that warm glow of the lightbulb firing up in my head, and I must say they are some of the better ones I’ve seen in the genre.

I’m sure it’s not much of a surprise, but this game based within a small apartment won’t take you long to beat. If you’re good at puzzle games, maybe an hour and a half, and perhaps up to 4 hours if you’re not very familiar with these type of games. This may or may not be a deal breaker for you, but for ten dollars, I feel this might be a little much for such a short game. Sure, the visuals are stunning, and the puzzles are pretty good, but it lacks the charm of a Portal or other replayable experiences.

The visuals are very impressive for such a small team. Everything has a strange glow to it, heavily suggesting that you shouldn’t take the room at its face value. The game relies heavily on lighting effects, as some parts of the chamber may be inaccessible until you shine some light on it. Entering new sections of the suite will lead to dark corners and broken light switches, all of which is a little terrifying when you finally illuminate them. Particle effects are a little much in some areas, but it shouldn’t distract you too much, and only helps add character to an environment that would have felt very lifeless without it. While I noticed some shortcuts (like reflections being carbon copies of a small sub-section of the room), I must say the game has moments that made my jaw drop.

The audio design and implementation are fantastic, bring a somber and mysterious mood to the experience. While I saw the ending coming like a semi on a dark desert highway under a new moon, the music drug me in and allowed me to forget where the story was heading and just enjoy the ride. I will say however, the English voice overs are without a doubt, the worst I’ve heard since I’ve started reviewing games. Despite them having thick accents that make it hard to understand (which might explain the fact you can’t turn off the subtitles), but they deliver their lines in the most awkward and strangest way possible. I honestly believe they phonetically read their lines based on a Google translation; one that was already dealing with typos. Thankfully, there’re not many moments where someone speaks, but the ending is even more ridiculous with these misdirected performances.
While I had some negative things to say, I did enjoy my time with the game. While it was short, it was engaging and solving the game’s fantastic puzzles makes up for any of the problems. Had the game been longer, included some additional locations and made the story more engaging, this had a chance of being a contender for puzzle game of the year. Sadly, it falls a little short, and in the end left me feeling like there’s almost no reason to return to this outing. If you’re looking for a good puzzle game and don’t mind dropping ten bucks for the pleasure, I would recommend this game to fans of the genre.
·      Publisher – 505 Games
·      Developer – Team Gotham
·      Genre – Adventure, Puzzle, Indie
·      Release Date – March 10, 2016
·      Version Reviewed – PC
·      PEGI Rating – 7
·      Multiplayer – No 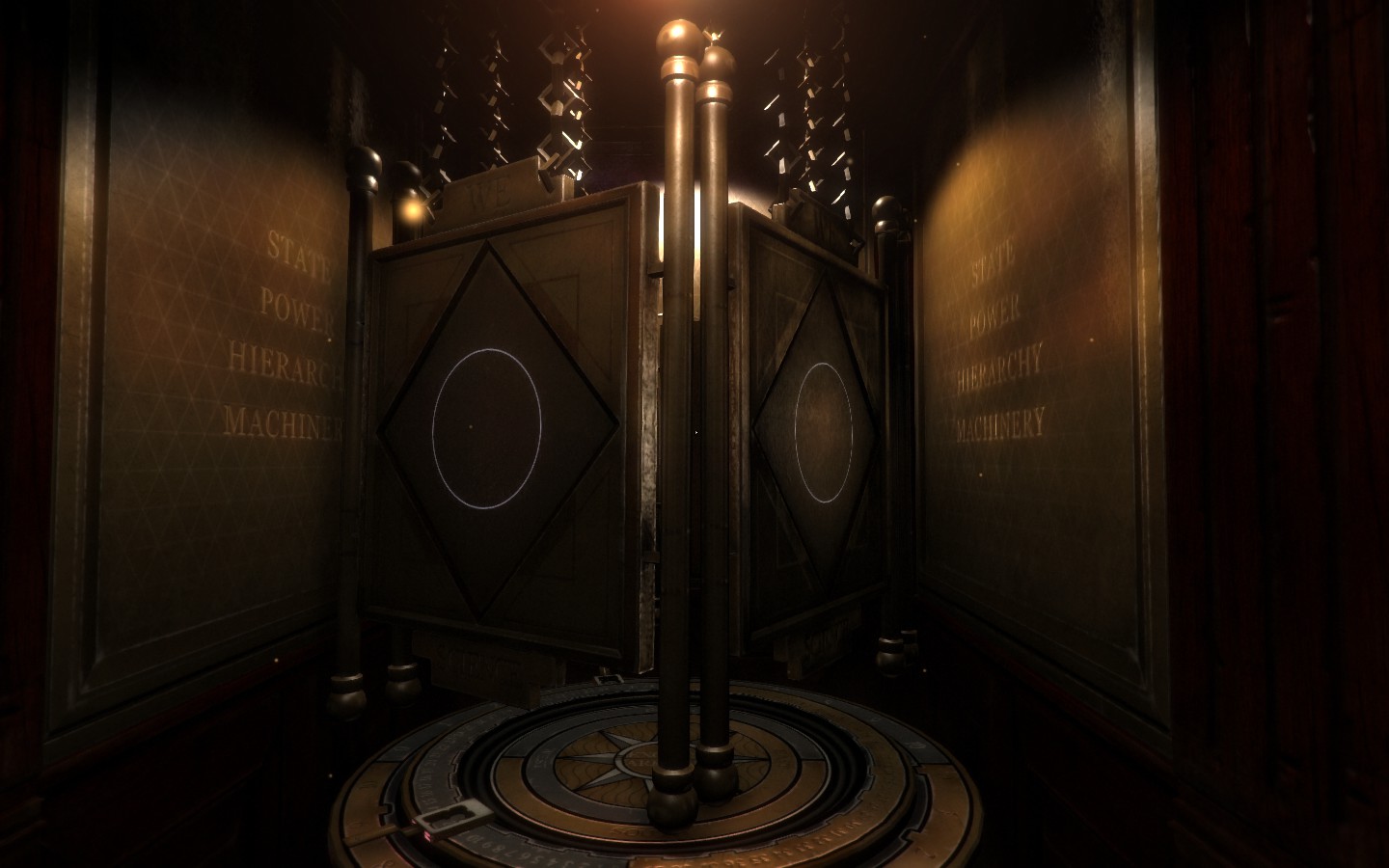 The visuals are impactful and interesting- some of the best I’ve ever seen in a puzzle game.