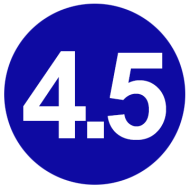 Crimson Room: Decade will not be on anyone’s favorite puzzle games list. It’s aggravatingly unfair and lacks any imagination for a game that proudly proclaims ten years of experience. The unnecessarily complicated storyline is delivered so fast and then is completely forgotten when some discovery could’ve made it another mystery to solve. The actual puzzles are so asinine, that you’ll usually think there’s something more to them before realizing the key is under an item you have to lift six times in order to obtain. I can not explain to you how much I disliked this game; like most ‘Escape’ games, this one truly belongs in the shitter.

WHAT WE LIKED
º Turning the room throughout the game changes up the environment.
º The addition of a story is a nice touch that adds some weight.
º The game has some nice particle and water effects.

WHAT WE DISLIKED
º Pretty much everything else. Dated graphics, boring audio and overly pretentious.
º Puzzles are unfair, not requiring logic but repetitiveness in order to solve.
º 10 dollars for a game you can beat in two hours.

I hate “escape the room” games. I honestly can’t stand them. I would enjoy them so much more if the puzzles weren’t usually contrived garbage designed to waste as much time as possible in order to extend out the “gameplay.” Here’s the basic premise of every single one of these games; you’re stuck in a room for some reason, and your goal is to get out. Fantastic. Usually the room I’m stuck in while playing one of these games is in my work’s bathroom and I’m attempting to avoid any actual work. Now, Crimson Room: Decade is finally on PC, fulfilling my lifelong dream of wasting time at the place where I don’t have five minutes to spare.

I’m not even sure how to start this review; perhaps I should discuss the storyline. The game throws some World War 2 footage at you, and then fills the screen with a ton of white text over a static-filled black background. Off to a great start so far, especially since the game gives a Metal Gear Solid amount of information, but only 2 seconds to read each line. Going back and rereading it, you play the Japanese son of a Frenchman named Francois Gordot who was trapped in a “brainwashing room,” designed to convert people to communism, on a ship that was coming back from the 1926 Paris Expo, and now you’re his son exploring the room after they recovered the ship that had sunk on its journey home. Needlessly convoluted; just the way I guess fans likes it. The game provides pages from Gordot’s manuscript, all retelling the events of what happened to him on the ship before it sank and lamenting the loss of his wife and soon to be child. Sadly, this story is so poorly written, I couldn’t help but feel underwhelmed anytime I found a new note.

How could I continue finding notes in the same old room? Because the room changes throughout the game. Not only are you able to find keys to open up cabinets and the like, but at one point you actually rotate the whole room and began solving problems anew. This is a great idea that keeps the room from getting too stale while adding ‘levels’ to the gameplay- but if you recognize that problem with the genre, why continue making them? Would it have killed the developer to add a couple more rooms? Even games like The Guest utilizes several different environments and offers a diversity of challenges. I must admit, twisting the room onto its side does offer an unexpected change in the dynamics of the experience.

The puzzles, however, are just as confusing and convoluted as they’ve always been. To avoid spoilers, I’m going to use examples. Puzzles are still entirely cheap, requiring you to pick something up several times before it’ll drop some random item. Sometimes doing something like hitting a light switch will add marks to some object somewhere, even though there’s no real connection between the two. Sometimes you have to be hovering over an item just right in order to pick it up. A puzzle is only enjoyable if I feel like I have all the pieces to begin with- but sadly this game makes even collecting every piece an annoyance, especially when half the time the conclusion makes very little sense.

And if you want to discuss not making sense- this game’s ending will have you scratching your throbbing head – pissed at how little the developers cared about creating a conclusion to their already confusing narrative.

The graphics, even on their maximum setting, are boring and uninspired. I mean, how crazy can you get when you’re setting is a poorly lit room with red walls? But even the in-game models are boring. There’s nothing visually interesting and nothing to take in. Every item has a purpose, and nothing is added to the room for the sake of variety or red herrings. The flashlight effect is okay, and does a great job of highlighting some particle effects such as dust and smoke, but that’s me grasping at straws in order to add some positives to the visuals.

The game’s audio is boring. The game retains the discovery jingle of the original entry, but other than that there’s only the sound of light rain and lightning to keep your interest as you sweep the same room for the fiftieth time. There is some music to the game, but it comes at the beginning and the end, and they’re actually both pretty nice pieces. Sound effects are pretty generic and don’t have much layering to hide how commonplace they are.

I guess when it comes down to it- I don’t get these games. There are some great examples of escape games, one of my favorites Myst is a real classic- but this experience isn’t even in the same league as that legendary game. Myst’s puzzles were tough, no doubt about it- but they were fair. Crimson Room: Decade however uses dastardly hidden items, illogical problems and withholding information in order to keep you from realizing how little content there actually is to this game. Even if you’re into this genre, I can’t imagine someone gladly paying 10 dollars for a game that’ll take you 10 minutes to beat on subsequent playthroughs. It’s boring, it’s frustrating, and it’s not worth your time or energy.